Through the whole cancer thing, we cling to the idea of options. As long as there are options, it’ll be fine. Things don’t necessarily go according to plan, which is something that is terrifying at the time because no one explains to you at the beginning that it’s common, and usually that’s fine, there are other options to try. You do tend to forget the true seriousness of this cancer malarky sometimes. Especially when you know so many people with it who look so ‘well’. And I talk a lot about how people are successfully living with cancer these days, or being treated, cured, and you start to forget just how serious it is. Then you get a harsh reminder.

I know so many people now with cancer. There was a point back around this time last year when a good friend of mine died (you might remember Amy?) and I sat myself down and said ‘ok, this is going to keep happening. Although everyone you know will eventually die, you are putting yourself in the line for making friends with people who are more likely to die sooner than others. Is this what you want to do?’ And I did think about it, I really did. Was it time to step away from the cancer community and my friends? It can be hard trying to get through this cancer thing yourself, let alone also losing friends along the way from the same (well, overall same, though there’s nothing same about all the different types of cancer) disease. It’s weird to think you are entering into relationships with people sometimes even knowing that they won’t be around much longer.

But the answer I gave myself was yes, a resounding yes, my life is so much richer for having these people in it, that’s all there is to it.

Today the world has lost another bright light. And so bright it was. I’ve been friends with Lucy for a while, but our friendship really started around October 2018 when she got a WhatsApp group together of a whole lot of ‘badass babes’ who were in different stages of different cancers. We have become each other’s family, in contact almost every day since then, talking through absolutely everything we’ve been going through, finding solace in knowing we’re not alone.

I think about Lucy back in October, when she brought this group of girls together, I don’t think any of us would have believed that we would now be outliving her, that our biggest test as a group would be helping each other through her death. At the time she brought us together I think she was out the other side, the cancer gone. Little did we know we would go through that yet another time with her, and that now we would be here, shocked at the fact that she is not. We were there with her when she got good news and bad news, I remember her sitting in the car when she told us one of the bad bits, feeling like I was right there with her. In  my memories, I was. Each stage, as she found out that the treatments were working, or when she found out they weren’t, we were there, trying to comfort her, trying to remind her that options are good. But I suppose we all eventually come to a time in life where there are no more options.

Up until I met Lucy, I had learnt from other people with cancer that saying ‘I am so sorry’ as a response to their bad news was the best way to go. Lucy taught me to never use those words to her. I remember one blog post, when she got the latest of bad news at the time, she said ‘Once again, keep your ‘I’m sorry’s and your ’sympathies’ to yourself; they don’t help anything, especially not me!’
To everyone who has heard me ramble on about language before, here is such a prime example of how you just need to listen to someone in order to work out the right language to use for them. Don’t just say whatever you want to without a thought for what they might want or need to hear.

I think there was a time in my life where, like most people afraid to talk about or properly acknowledge death, I maybe would have spoken about her in the present tense, like she’s still here, like she never truly left. I know that isn’t the case, I know she’s gone. But also, in a way, she will never entirely be gone. In the wise words of philosophers Banksy and Macklemore – they say you die twice, once when they bury you in the grave, and the other time the last time someone mentions your name.

Thanks to Lucy, I have now taken up knitting. I now drink oat milk. She got us all into playing the Sims at some point. A lot of us have matching backpacks to her. She got me onto Jody Picoult, her favourite author. I am happy to know I have all of her books now to read, holding Lucy in my heart with every word. Lucy was very… persuasive without particularly trying to be. Maybe persuasive isn’t the word. She inspired us to do the things she did by the way she spoke about them.

I’m finding it hard to get the words to describe her, to talk about her. I find it hard in these situations when words fail me, because there are not words enough to describe Lucy or the effect she had on us. Or to fix this.

This also goes to show that even if you’re prepared for it, it comes as a shock. We knew things weren’t going well, we knew she was at the end of treatment and speaking ‘hospice’. We all knew in the back of our minds that it could mean the end was near, but none of us really believed it. Even Lucy herself said ‘I don’t know if I will come home but if I don’t I don’t I’ll be in the right place’. The hope that it would only be temporary ever present. I wonder if she said that for herself or for us. Did she believe it? Did we? Did we keep fooling ourselves up to the last minute that it wasn’t as serious as it was? Is that a bad thing if we did? I can’t imagine what it must be like to be at that stage. But even then she was looking forward to Hospice care to take the stress off her mum to actively look after her.

I even got a mug made with the lyrics on it and sent it to her. A reminder, no Reaper, not today. When she told us a few days ago that she was out of options, I told her I was not going to start talking about her as it it were the end, I wouldn’t yet start going on about her ‘legacy’ just because she had bad news, I wasn’t going to talk about her like she was dead yet. I told her that I would write all those things down and send them to her (though when I did, it wouldn’t necessarily signify that the Reaper was imminently nigh). I sit writing this looking at that letter on the table next to me, in an envelope, addressed, ready to be sent along with a book I know she loved.

I’m sure she knew we loved her, but sitting next to me now are all the things I hadn’t said that I wanted to. Maybe I had said them all at some point along the way… It’s hard to find the balance between saying these things too early, or too late. I don’t think any of us thought that we would already be at the ’too late’ stage by now.

Friends, if I can urge you to do one thing right now, it is to tell your loved ones that you love them, why you love them, and how much you love them. I know it’s cliché to say that, but write to the ones you love the most all the things you would say to them if they were no longer here – it seems we are better at sharing our feelings in hindsight – and show them, tell them, even mail it to them! If your loved ones are gone, do the same anyway.

It’s funny sitting here now, I realise how much she has leaked her way into my life in her own kind of way – not pushy, not loud, very unassumingly, but in a big, strong way. She planted so many seeds in my head that grew into beautiful, fractal trees. I say fractal trees to more embody who she was. Aside from being an amazing human, she was also a scientist. A conservationist. She cared about the environment – a girl after my own heart! She studied Conservation with birds, me with ants. In fact at one point back in February she was telling me that she was looking at PhD projects. The dreams of those who never get to fulfil them. I hope this can be a lesson to you all: never stop having dreams. There is hope in dreams, and where there is hope there is life, for however long you are blessed with it.

Every time I see a photo of her it feels like someone has stabbed me in the heart. I feel like I’ve been winded. So I put it to good use and wrote a song about/for her. Now to be able to play it through to the end without crying.

I can write this post, filled with love and an outpouring of gratitude, and just get back on with my life. As I said, she will always be with me, but I don’t have to deal with the daily reminder of her not being around quite like her family have to. Nothing can prepare you for losing a daughter, a sister, and my love goes out to her family. Their lives will eventually go on too, but the hole in their lives will feel insurmountable.

I love you Lucy. We love you. I still haven’t accepted this, I don’t know how you are supposed to go about processing this, but I feel you in my broken heart, and I hear you in all my thoughts. You were one of the good ones. 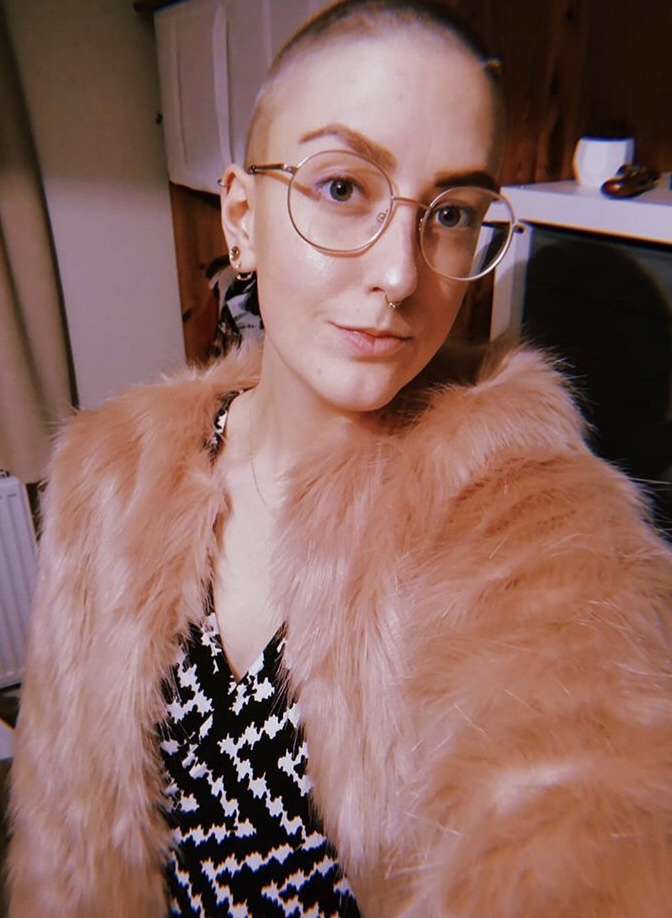 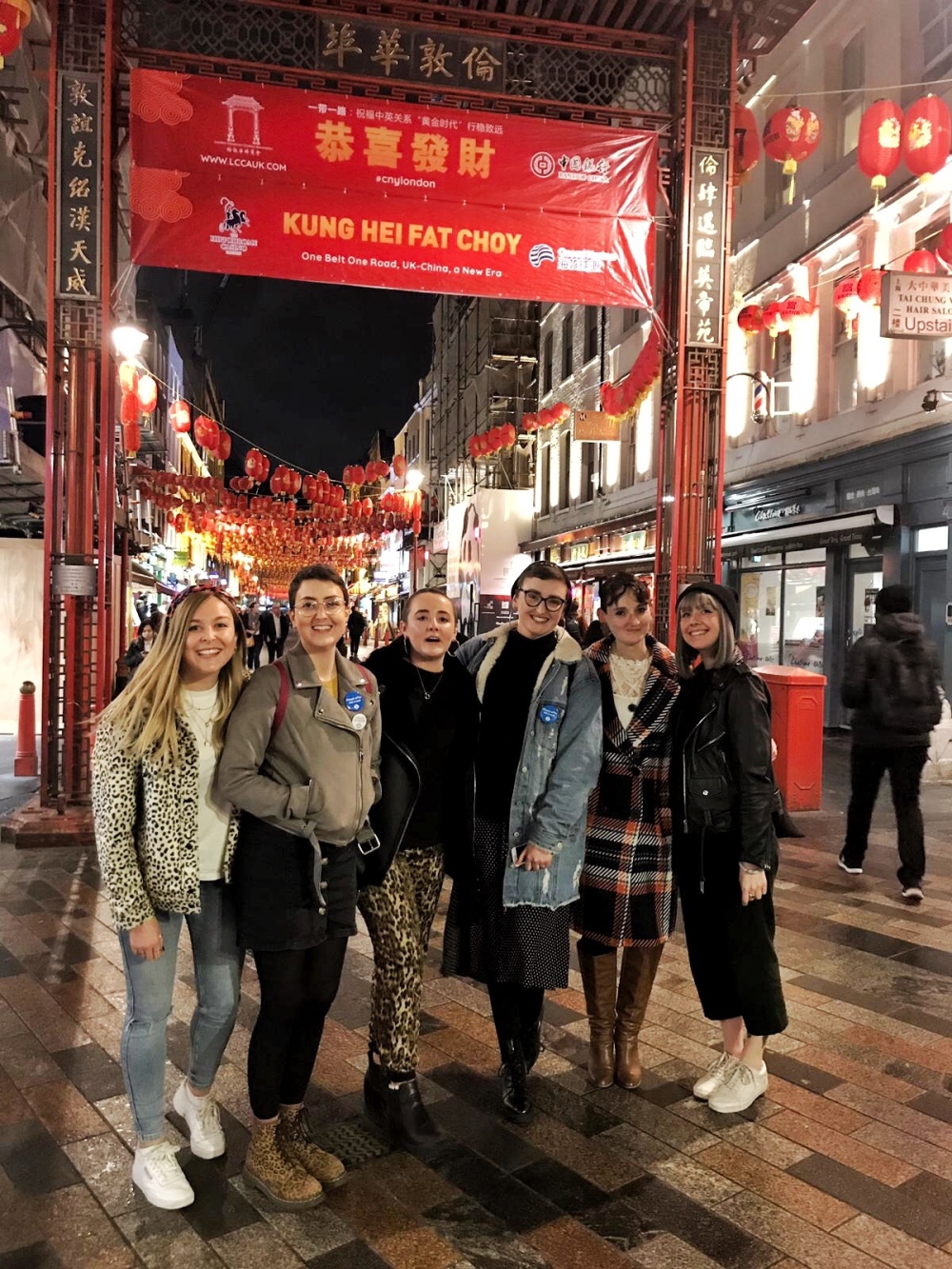 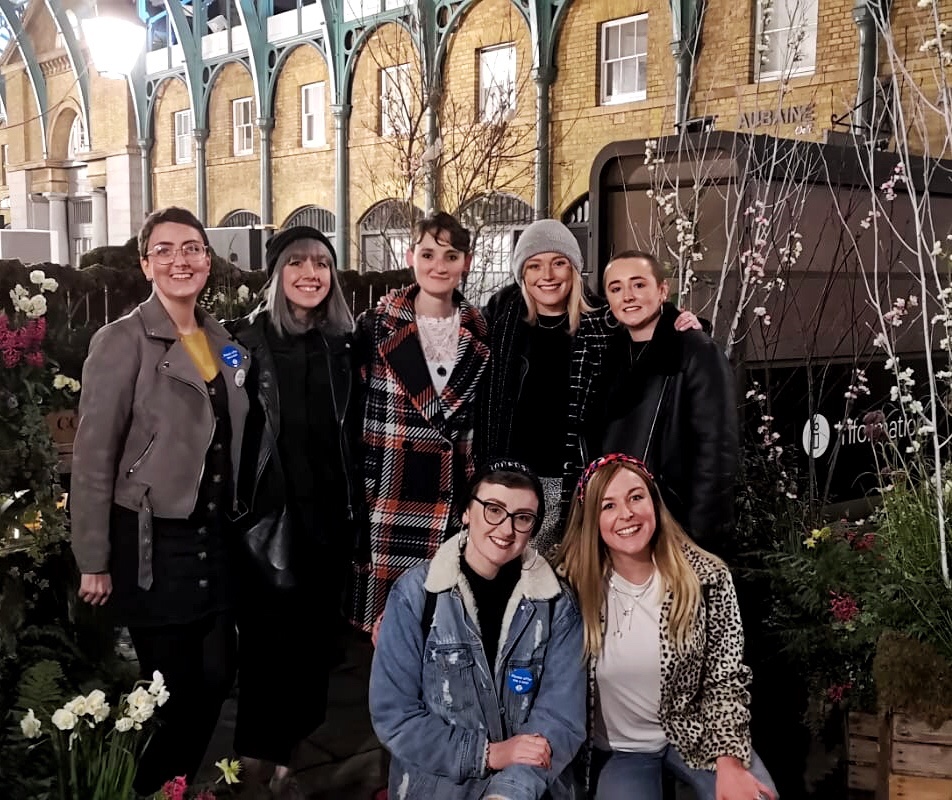 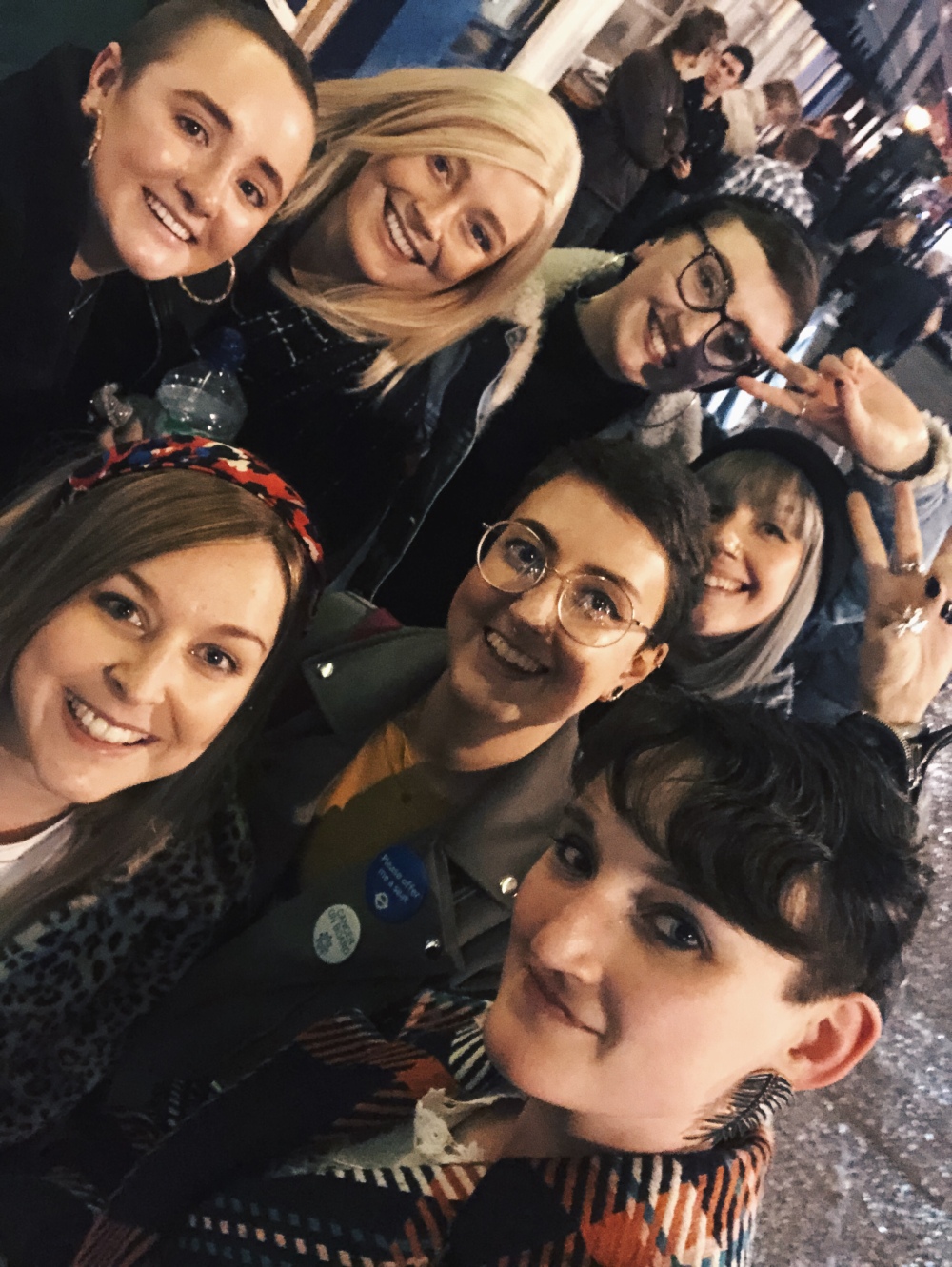